How We Got The Name 'Steppenwolf' 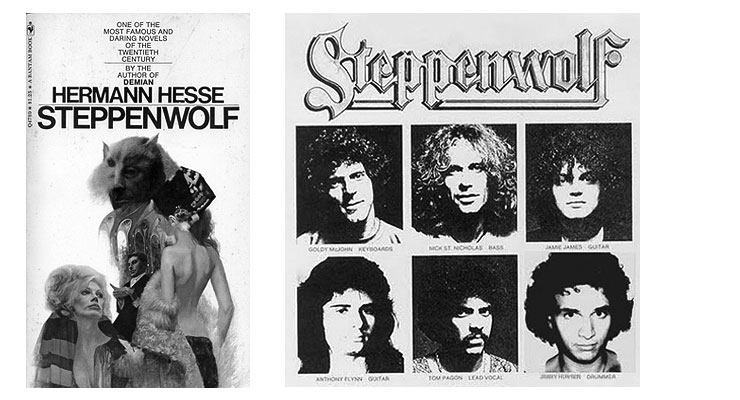 When asked about the significance of the name Steppenwolf, Gary Sinise recounts the story of the founding related here, with this additional detail:

"As we approached the time to open (And Miss Reardon Drinks A Little by Paul Zindel), and programs were going to be printed, we were sitting around in a meeting in one of the rooms at the church and I suggested that we come up with a name that we could put on the program as a company presenting the play. We started kicking names around and then Rick held up a book he was reading and said, 'How about this?'

The book was Steppenwolf by Herman Hesse and we all agreed that it would be fine and then we moved on to rehearsing the play. So, no big philosophical reason for selecting that name. It just sounded good at the time.”

Gary goes on to share that “in the spring of 1976, when that original incarnation of the company was over and Terry, Jeff and I were starting the new company, we gathered the additional six people (John Malkovich, Laurie Metcalf, Alan Wilder, Moira Harris, and two who left the company within the first 4 years, H.E. Baccus and Nancy Evans) and these original nine discussed changing the name but we decided things were already in place and a foundation had been laid in Highland Park for an ongoing company and, as I recall, we did not want to deal with doing the paperwork to change the non-profit status and all that… But it all began with a group of kids and a 'let's put on a show' idea in early 1974."

Jeff Perry also confirmed that choosing the name was more about expediency regarding the non-profit status than anything else, wryly adding that "The amusing postscript was that in our first few years we would field calls from hopeful but instantly disappointed fans of the band Steppenwolf."