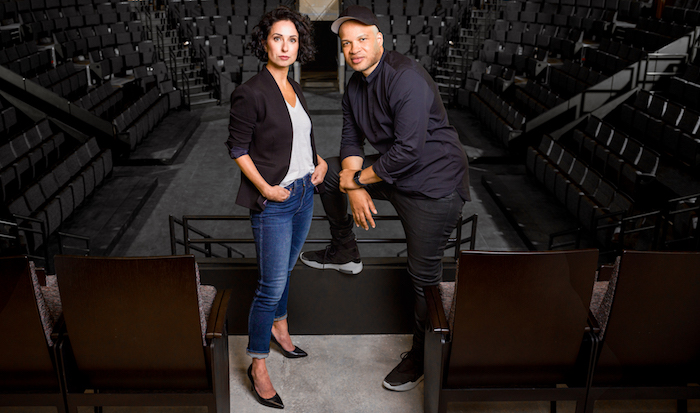 Pictured: Audrey Francis and Glenn Davis in Steppenwolf's new Round Theater, part of the Arts and Education Center opening in fall 2021. Photo by Frank Ishman.

Both deeply rooted in the Chicago community, Glenn and Audrey have built the foundation of their artistic careers in the City’s vibrant arts community. They each got their start at the School at Steppenwolf and, in 2017, became ensemble members. Learn more about them below. 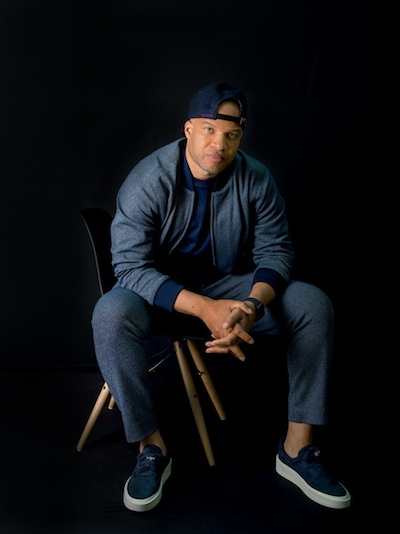 Originally from Chicago, Glenn Davis is an accomplished actor and producer. He garnered widespread acclaim for his performance in the world premiere of ensemble member Rajiv Joseph’s Bengal Tiger at the Baghdad Zoo at L.A.’s Kirk Douglas Theatre and transferred with the production to Broadway, where he starred alongside Robin Williams.

Davis is a partner at Cast Iron Entertainment, a collective of artists consisting of Sterling K. Brown, Brian Tyree Henry, Jon Michael Hill, Andre Holland and Tarell Alvin McCraney. Cast Iron is currently in residence at The Geffen Playhouse in Los Angeles with a mandate to engage in a collaborative and experimental story development process intended to incubate new theater projects.

He is also an Artistic Associate at The Young Vic Theatre in London and at The Vineyard Theatre in New York.

Davis is a graduate of the Theatre School at DePaul University and holds the distinction of being the first African-American to graduate from the Birmingham Conservatory for Classical Theatre at the Stratford Festival in Ontario, Canada. 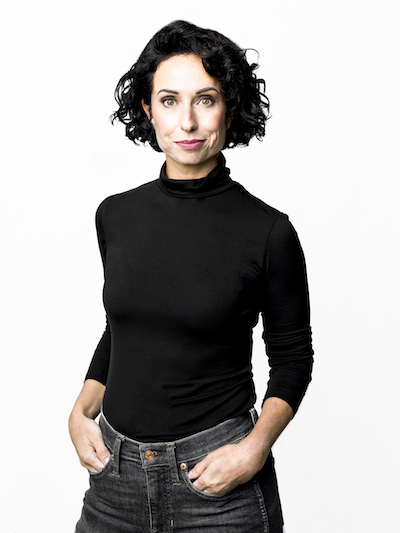 Audrey Francis is an acclaimed actor, director, teaching artist and co-founder of Black Box Acting. In 2009, Francis co-founded the acting conservatory that started with 12 students and, within 3 years, served over 1,000 Chicago artists. She created the original curriculum, The Black Box Method, which is based on and inspired by the Meisner and Viewpoints techniques. After running the company for a decade, Francis and her business partner sold the company. Black Box is still going strong and serving the Chicago community.

Audrey Francis attended The School at Steppenwolf in 2004 and since then has been acting professionally in Chicago, working with an array of companies in the storefront and regional theater scene. Audrey became a Steppenwolf ensemble member in 2017 and has performed in 10 productions with the company to date, including The Doppelgänger (an international farce), Dance Nation, The Fundamentals, Between Riverside and Crazy and The Herd. Francis has also been in many acclaimed independent films, namely Knives and Skin, Later Days, Signature Move and the award-winning web series Distant Learners. Her most recent directing credits include Plano with First Floor Theatre that debuted in the 1700 space at Steppenwolf, The Invisible Hand at Steep Theatre and the audio play of I Am Not Your Perfect Mexican Daughter in Steppenwolf’s most recent virtual Steppenwolf NOW season.

Francis also works as a professional acting coach for Showtime, NBC, Fox and Amazon. She works closely with executive producers, showrunners and directors to provide actors with off-stage rehearsals that bring more of a theatre process to the world of television. She has most recently worked with The Chi, Empire, Patriot and Chicago PD. She has taught at The University of Chicago, DePaul Theatre School, Loyola, Black Box Acting and The School at Steppenwolf. She has also taught workshops in Los Angeles, Toronto, Sydney and Melbourne.