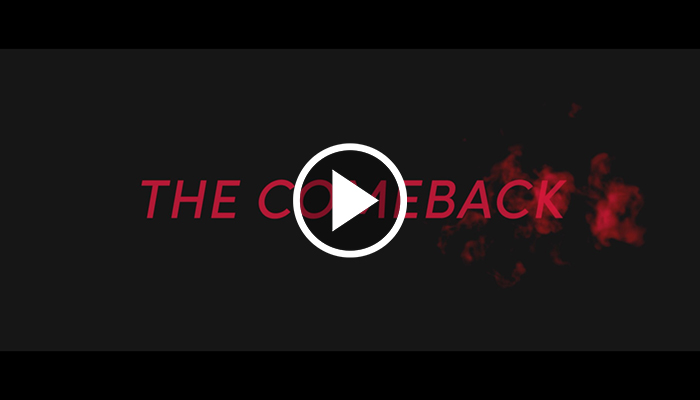 INTERMISSION IS OVER. THIS IS OUR COMEBACK. LET'S MAKE SOME NOISE.

Experience the full season with added benefits, such as unlimited ticket exchanges, seating assignments before the general public and invitations to exclusive events.

As we prepare to welcome you back to the theater, we understand that you may have questions about how your theatre-going experience will change and where you can find the most recent safety updates to plan your return. We invite you to explore our FAQ to help put your mind at ease.

Thank you for the significant season support from the following donors:

Our 2021/22 season will serve as a celebration of the voices of Steppenwolf Theatre Company. For the first time in our history, each play has been written by an ensemble member, and each production will serve as a testament to our resilience as a company, our commitment to our audiences and our reinvestment in one another. For over 45 years, Steppenwolf has made art in uninterrupted grace. This last year has taught us all how lucky we are to be a part of one another’s lives and, most especially, a part of yours.

In a seedy Oklahoma motel room, a lonely waitress begins an unexpected love affair with a young drifter.  And then they see the first bugs... Tracy Letts’s mind-bending cult classic—a luridly funny tale of love, paranoia, and government conspiracy—roars back to Steppenwolf.

“King” LeBron James’s reign in Cleveland brings promise, prosperity and renewal to a city in desperate need of all three. It also brings together two childhood friends who communicate best when they are talking and arguing about sports. King James is an intimate exploration of the place that sports and athletes occupy in our emotional lives and relationships. It explores the star player’s impact on Cleveland, from his rookie season to the city’s historic championship, and the lives of these two unlikely friends whose turbulent relationship is best navigated through their shared love of the sport in a verbal game of one on one. Though he is never seen in the show, LeBron James serves as a symbol for the hopes, desires and fears that they have bottled up since childhood.

Pharus Young, now a senior at the Charles R. Drew Prep School for Boys, an institution committed to building “strong, ethical Black men,” endeavors to be the best leader of the school’s prestigious choir in its 50-year history. But in a world built on rites and rituals, should he conform to the expectations of his peers in order to gain the respect he desperately seeks? Written by Oscar-winning ensemble member Tarell Alvin McCraney (Moonlight), this Tony-nominated play—threaded throughout with soul-stirring a cappella gospel hymns—is the story of a young gay Black man and his battle between identity and community.

In a giant country house filled to overflow on a long summer weekend in the Russian countryside, three generations collide in Yasen Peyankov’s extraordinarily funny and magical adaption of Anton Chekhov’s Seagull, the play that will open our new Round Theater. In classic Chekhovian style, an all-ensemble cast will wrestle with the eternal questions that haunt the intellectual artist class: What is Love? What is Art? When is Lunch? Please join us for this historical moment in Steppenwolf’s journey as we explore the work that inspired us, laugh at the battles that consume us and celebrate, together, all that makes us grateful for each other.

A new lineup starting in the fall of 2021

Created in response to our inability to gather, Steppenwolf NOW has not only offered the high-quality storytelling that Steppenwolf is known for, it has also opened up access for audiences throughout the US and around the world. With members in more than 20 countries and all 50 states, Steppenwolf NOW turned a time of isolation into a celebration of the profound connection that theatre—in whatever form it finds itself—offers us all.

We are excited to announce new virtual projects for the 2021/22 season written by our ensemble member Tracy Letts. These pieces create the opening landscape of this season and will mark a bridge between where we have been and where we are going. Each story is made for this particular moment: as graceful as they are irreverent, as rebellious as they are joyful, as funny as they are heartbreaking.

And they’re off, for the 108th running of the El Dorado Stakes! But this race is long-distance... and maybe not what it first seems...

Steppenwolf Theatre Company is proud to produce two productions a season from their nationally recognized Young Adults series that is focused on creating professional plays specifically for a teen and family audience. We bring the same professional caliber of work to these plays that we bring to all Steppenwolf productions. In these two productions, we examine what it means to take ownership over our personal and systemic traumas and how the arts can help us discover our future selves. These productions encourage us to wonder, "How will we move forward if we have yet to confront our past?"

In Rajiv Joseph’s Red Folder, a first grader’s elementary school folder is just a folder, until it isn’t. In this short virtual play, a child’s world is turned upside down when he starts to believe his self-worth should be measured by which side of his school folder, left or right, his work belongs in. Inspired by this exceptional piece of storytelling, Joseph’s play will be packaged for teachers to stream for free in classrooms around the world in addition to a suite of virtual fodder encouraging students to consider their own red folders by asking, “How can art act as a tool for reflection, helping us to see something from our past in a new light?”

After nearly two years in quarantine, we will feature our first live production for teens with an incredible world premiere adaptation of Eve L. Ewing’s 1919, which tells the story of the killing of 17-year-old Eugene Williams in treacherous waters off the segregated 1919 Lake Michigan shoreline. The next eight days and their aftermath constitute an under-told episode of the city’s history. Adapted from Ewing’s poems, Brooks’s play is a bold, lyrical exploration of Black Chicagoans’ resistance, fortitude and endurance: past, present and future.