Steppenwolf Theatre Company of Chicago: In Their Own Words 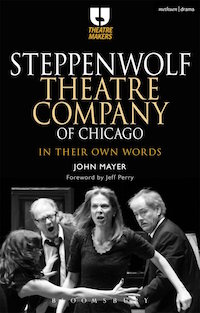 In 1974, a group of determined, young high school actors started doing plays under the name of Steppenwolf Theatre Company, eventually taking residence in the basement of a church in Highland Park, a suburb of Chicago. Thus began their unlikely journey to become one of the most prominent theatre companies in the world.

This is the first book to chronicle this iconic theatre company, offering an account of its early years and development, its work, and the methodologies that have made it one of the most influential ensemble theatres today.

Through extensive, in-depth interviews conducted by the author with ensemble members, this book reveals the story of Steppenwolf's miraculous rise from basement to Broadway and beyond.

John Mayer is Department of Theatre Chairman at California State University, Stanislaus. He received his PhD in Theatre History from the University of Missouri in 1993. He also has his MFA in acting from Western Illinois University. His relationships with both Steppenwolf Theatre, and Second City, Chicago provide the background for his approaches to theatre production.